Since Michael’s Genuine Food & Drink first opened in the Miami Design District in Spring of 2007, diners have come to embrace and crave its refreshing combination of laid-back atmosphere and seriously good food, a neighborhood bistro that is the ultimate showcase for the type of cuisine that chef/owner Michael Schwartz does best – homemade, unpretentious, delectable, with an emphasis on great local ingredients. A second location in Shaker Heights, Ohio opened in 2019.

Inspired by its idyllic bayside setting, Amara at Paraiso is the quintessential Miami waterfront restaurant bringing together bold Latin American flavors, coastal ingredients, and South Florida’s diversity of food culture. From environment to cuisine and vibe, experience the dynamic energy, local ingredients, and natural beauty of Biscayne Bay that defines what living in Miami is all about through the lens of James Beard Award-winning chef/restaurateur Michael Schwartz.

Lush neighborhood retreat for relaxed American cooking by chef Michael Schwartz. Located at the cornerstone of its residential heart — Tigertail Avenue and Mary Street — Tigertail + Mary is an oasis within the oasis, inspired by Coconut Grove’s one-of-a-kind bohemian lifestyle, easy energy, and textured tropical landscape. For Schwartz, good food begins with great product, and here the menu celebrates this notion’s ultimate expression — vegetables — as well as other fresh, thoughtfully-sourced proteins, like local seafood and meat from animals raised with care.

Harry's is three neighborhood pizzerias founded in 2011. Harry’s takes a thoughtful approach to everything from the careful selection of ingredients to the dishes we create for our menu, and the spaces you’ll enjoy them in. The restaurant won numerous awards for its pizza including Food & Wine Best Pizzerias in America.

A partnership between the Genuine Hospitality Group and COMO hotels, Michael Schwartz’s menu celebrates in-season, local ingredients, in line with COMO’s award-winning restaurants worldwide which embrace sustainable sources and pay homage to the flavors of our different locations. The dishes are inspired by American cuisine but balanced with fresh Floridian flavors, creating a light, Brasserie-style of cooking. Using locally sourced produce, the dishes are a reflection of our commitment to sustainability, as well as our pleasure in creating simple but delicious dishes for all who dine with us.

A partnership between Reef Technology and the Genuine Hospitality Group, this is a growing group of ghost kitchens featuring the famous burgers that Michael started at Michael's Genuine. Just as Harry's took the pizza from Michael's and made it its own restaurant, Genuine Burger hopes to allow many more people to try Michael's signature burgers.

Since the beginning, the key to the Genuine Hospitality Group has been our people. We have a team of passionate and very talented people at all levels of the organization. 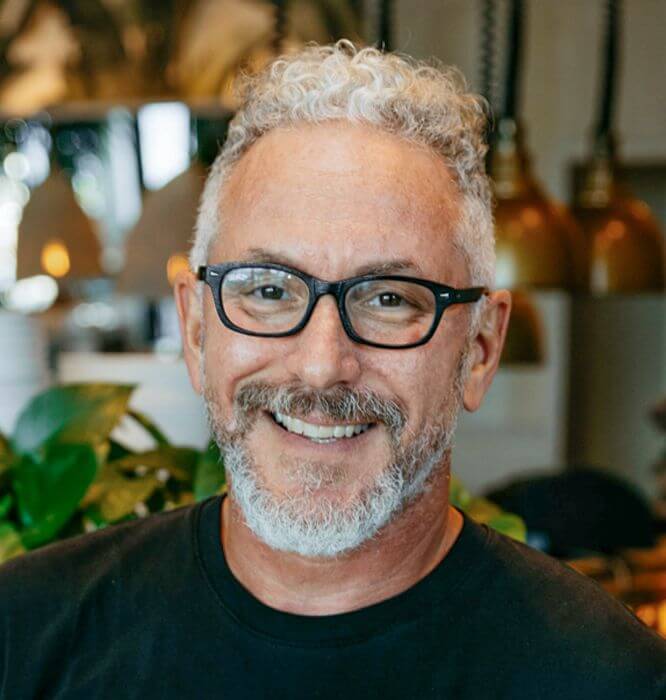 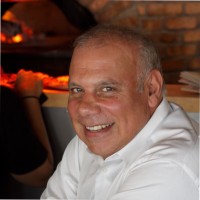 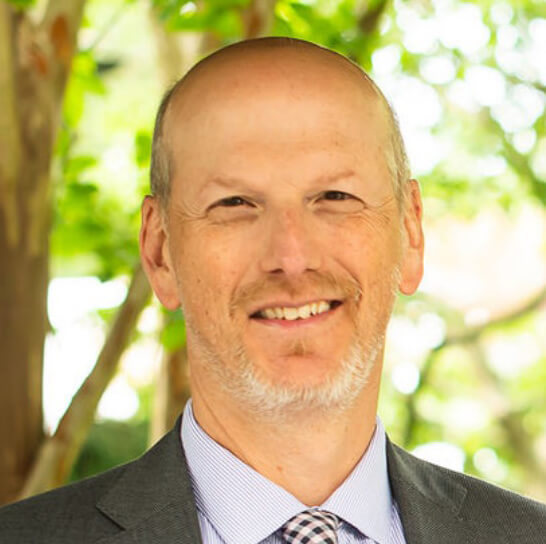 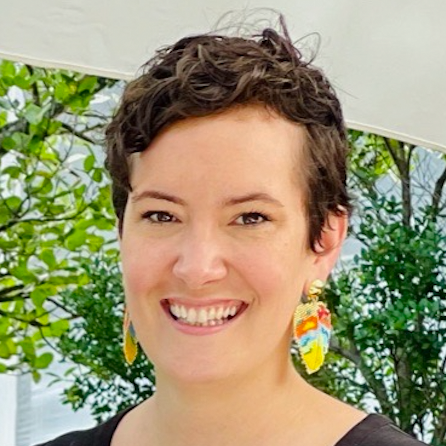 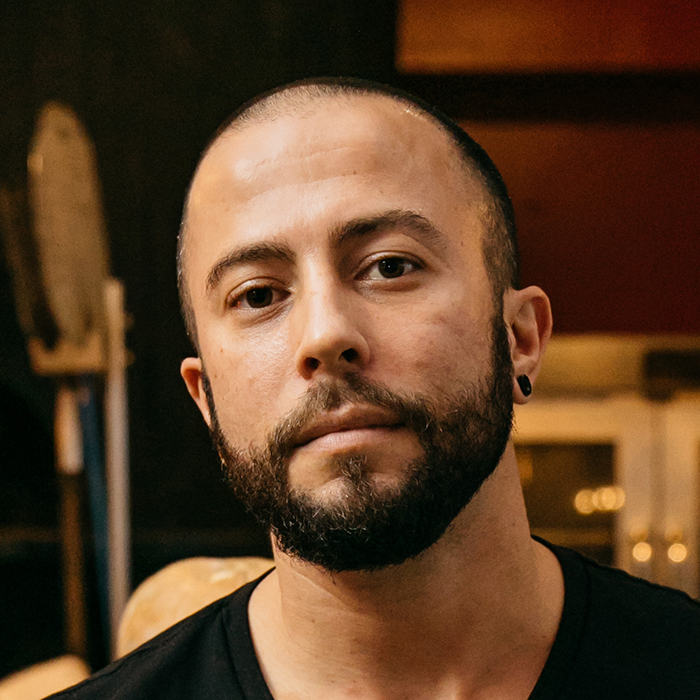 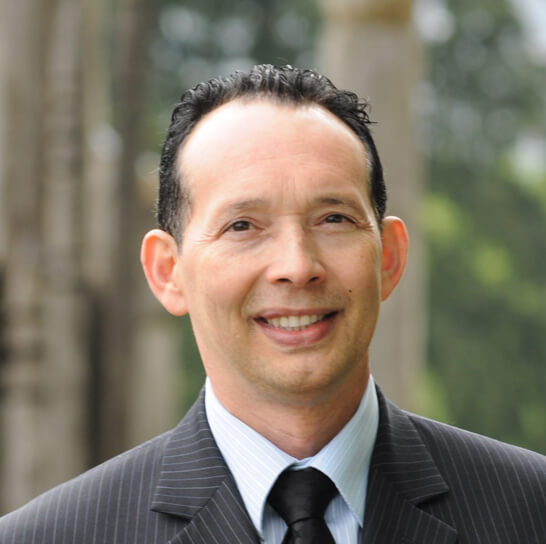 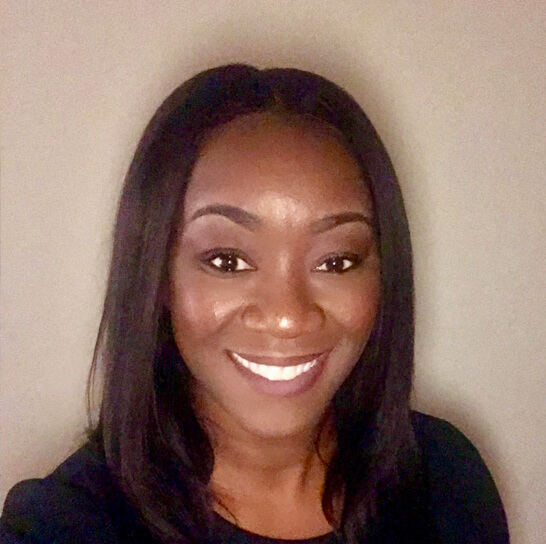 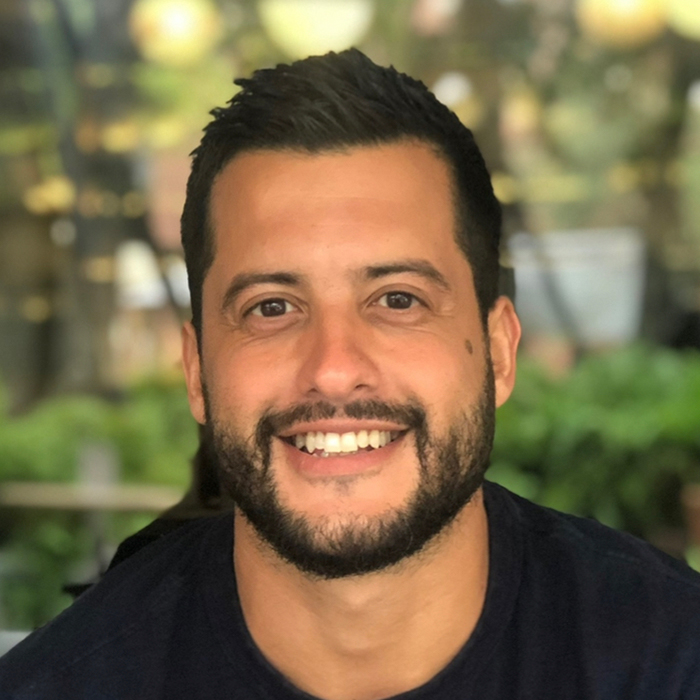 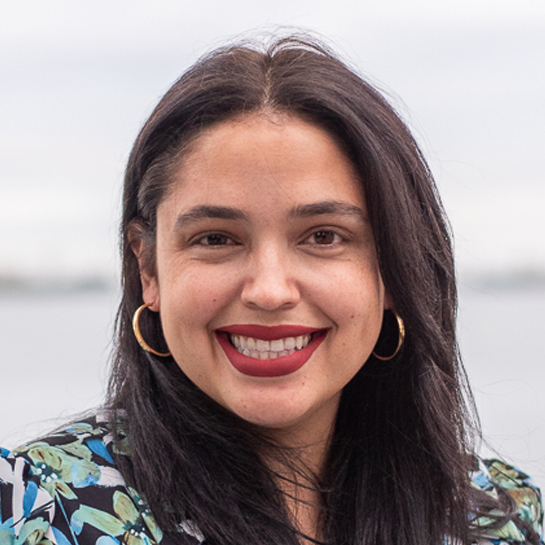 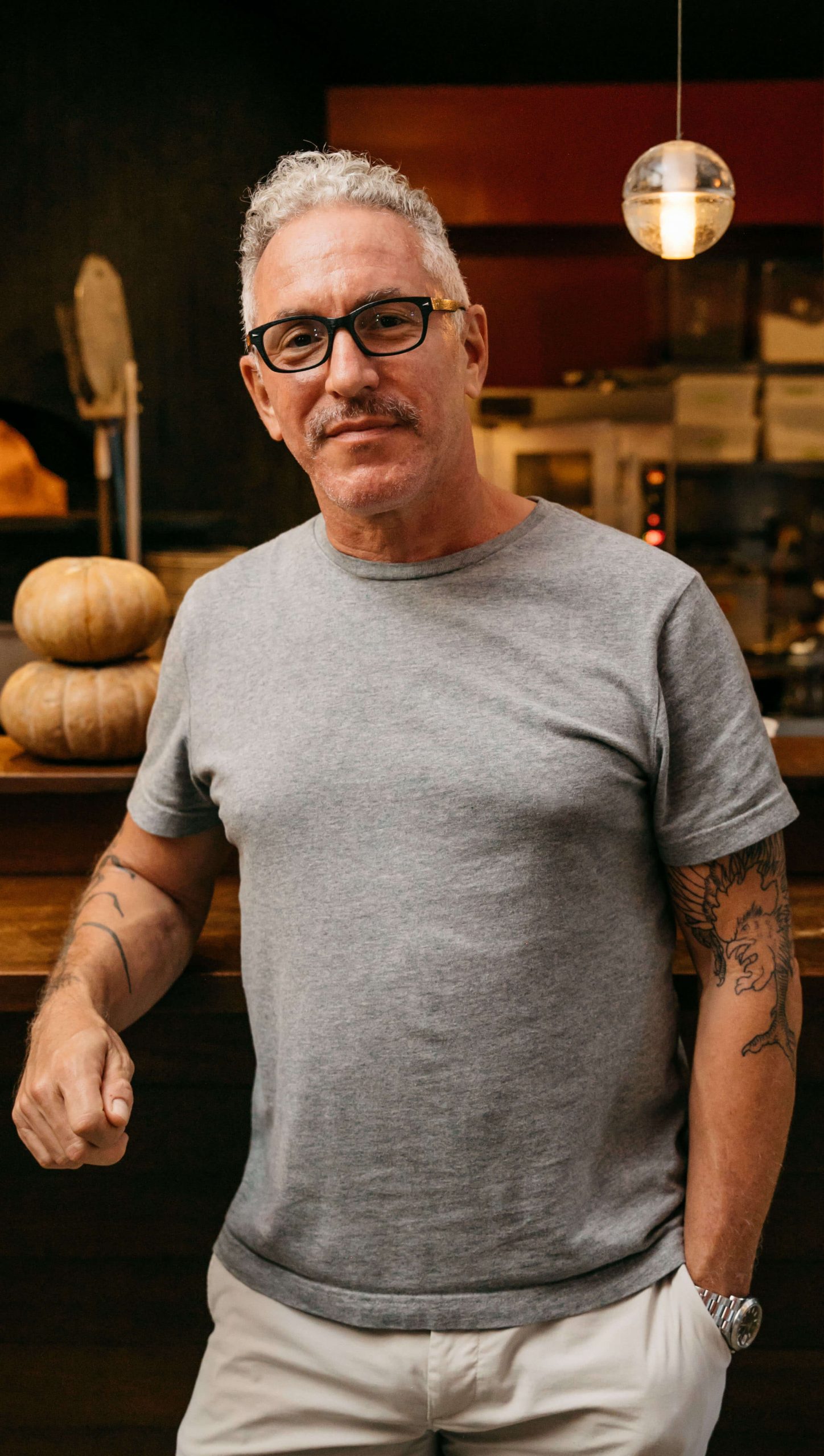 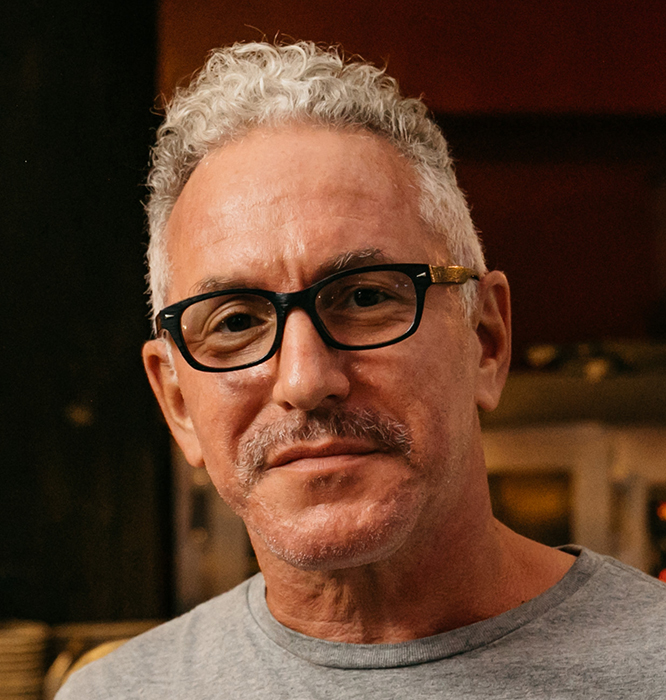 Honored with the prestigious James Beard Foundation Award for Best Chef: South in 2010, Schwartz is recognized by his peers and the diners that flock to his restaurants for his commitment to community and responsible, seasonal food sourcing.

Branching out from this straightforward approach celebrating fresh, simple, and pure ingredients in season, Michael has since successfully developed complementary concepts focusing on great service and delicious food, with a genuine culture embraced by employees and guests alike.

The Genuine Hospitality Group of restaurants include four fine dining restaurants, Amara at Paraiso, the quintessential Miami waterfront restaurant serving bold Latin American flavors on Biscayne Bay, Tigertail & Mary, a lush neighborhood retreat in the heart of Coconut Grove, and an additional Michael’s Genuine Food and Drink in Shaker Heights, OH. They also have two locations of Harry’s Pizzeria:registered: and a third in development, named one of Food & Wine magazine’s 25 Best Pizzerias in the U.S. Finally, the company has a partnership with COMO Hotels and Resorts and through this they opened in 2019, Traymore by Michael Schwartz at the Como Metropolitan Miami Beach.

Outside of the restaurant, Schwartz focuses his time and influence supporting the arts and causes such as Share our Strength, Alex’s Lemonade Stand Foundation, Slow Food (from which he received its Miami convivium’s first “Snail of Approval”) and Wellness in the Schools.

The chef has published two cookbooks, GENUINE PIZZA: Better Pizza at Home (Abrams Books, 2019) Featuring 85 recipes, readers learn step by step how to make better pizza at it’s easier than you think. MICHAEL’S GENUINE FOOD: Down-to-Earth Cooking for People Who Love to Eat (Clarkson Potter Publishers, 2011) features beloved recipes from his flagship, a homage to approachable, sensible, and affordable food that everyone loves to make and at eat. His recipes and restaurants have been covered by the New York Times, Wall Street Journal, Food & Wine, Travel + Leisure, TODAY Show, and more.

Schwartz began his career in Philadelphia and earned his culinary chops in kitchens from Los Angeles to New York City, until settling in Miami in the early 1990s.

The Genuine Hospitality Group is more than a collection of the finest restaurants in South Florida and Ohio. It is a group of people that believe in providing food and service consistent with the vision of TGHG’s founder, chef Michael Schwartz. And at the heart of that vision is the word “Genuine”. Our Genuine philosophy informs everything we do from the kitchen, to the dining room, to our business offices, to our efforts in our community, and perhaps most importantly, to our aspiration to be an employer of choice.

Chef Schwartz has had a storied career and is known as one of the finest chefs in America, garnering numerous awards and accolades and having launched and run numerous successful restaurants over the course of his long career. Hailing from Philadelphia but residing in Miami for decades, Michael has become an integral part of the cultural fabric of South Florida.

Of course, Miami is known for its beaches, weather and nightlife. Chef Schwartz had a belief that Miami residents and tourists alike would respond favorably to a more genuine upscale dining offering, as he puts it, than had been previously available. And so, he dreamed of a restaurant focused on the bounty of local products we have here in South Florida, both in the ground and the sea, combined with fair prices intended to develop a very regular customer base. Layer in Michael’s world class technique and influences, his relationships with farmers, fisherman and artisans, and an emphasis on world class service, and Michael’s Genuine Food and Drink was born in 2007.

MGFD was a pioneer in the so-called Farm/Sea to Table movement and it was an immediate hit. Named one of the top new restaurants in the country by the New York Times and the winner of a James Beard award as best restaurant in the south, recently, MGFD was among the Beard Awards’ final 15 nominees for best restaurant in America. The culinary philosophy of “fresh, simple, pure” (integrated in MGFD’s logo) informs all the food we serve. We are maniacally product driven, and that approach is perfectly explained in Michael’s favorite expression “the key to good food is good food”.

The word “genuine” is the lens through which we inspect everything we do in all our restaurants and in our business, and sometimes is easier to explain by what we don’t want to be. Pretentious. Ostentatious. Contrived. Fussy. Arrogant. Our goal is to provide an experience that is much greater than the sum of the parts. Every detail should be mindful and intentional down to the implements on your table, the music you hear, lighting, service, taste and of course, the price. It is the accumulation of these details that we hope will leave the customer blown away while not knowing exactly why.

We hope you come visit any of our restaurants from our casual Harry’s pizzerias to our waterfront Latin inspired restaurant Amara at Paraiso, and judge for yourself whether we live up to these goals. And if we do, hopefully you won’t even notice until after your date, family meal, special occasion or business lunch when you say to your companion, “wow, that was really good – I would go back for sure”. That’s all we could hope for….